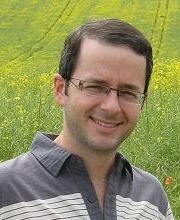 Subject: Perceptions of opera singers in Britain, 1760-1830: A cultural history

Abstract: My research aims to illuminate cultural perceptions and structures of thought in British society of the late eighteenth and early nineteenth centuries, by tracing the changes in the public image of opera singers. My premise is that the rich and largely vitriolic discourse concerning these singers can reveal deep-seated and dominant cultural notions in British society, in relation to the underlying categories of body, gender and nationality which shaped this discourse and the overarching question of representation on stage as a key cultural site.

In contrast to the myth of the “land without music”, 18th century Britain saw the rise of a variety of musical genres of different types, most importantly the oratorios of G. F. Händel, which quickly became the musical canon of British national identity. On the other hand, opera, originally an Italian theatrical-musical medium, was continuously attacked as a form of foreign and senseless luxury. I focus on the late eighteenth and early nineteenth centuries, since during this time fundamental changes in the political climate and in cultural sensibilities opened up new possibilities for the operatic medium in Britain, whether as a vehicle for national sentiment or as part of a romantic-cosmopolitan ideal. However, this process was continually undermined by deep-seated suspicions towards the singer and his craft – as a distorter of language and common sense, as a “scandalous” corporeality whose vocalizing is pathological, or as a privileged member of society who employs his status in a destructive manner. All of these attributes pointed towards the singer's false essence, frustrating opera's claims to higher truths. In this respect, I would argue that British society's vexed relations with the operatic medium were predicated, to a large degree, on its difficulty in negotiating the image of the singer. This realization, in turn, will help shed new light on British society’s inner codes and sensibilities in that era.