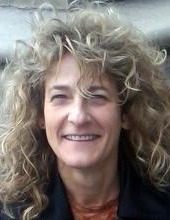 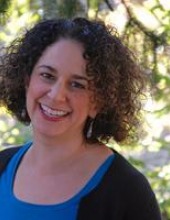 Department of Near Eastern Studies

Bio: Deborah Starr is Professor of Modern Arabic and Hebrew Literature and Film in the Department of Near Eastern Studies, and Director of the Jewish Studies Program. She received a Ph.D. in Comparative Literature from the University of Michigan. She writes and teaches about identity and intercommunal exchange in the modern Middle East, with a focus on the Jews of Egypt. She is the author of Togo Mizrahi and the Making of Egyptian Cinema (University of California Press, 2020) and Remembering Cosmopolitan Egypt: Literature, Culture, and Empire (Routledge, 2009). She is also the co-editor, with Sasson Somekh, of Mongrels or Marvels: The Levantine Writings of Jacqueline Shohet Kahanoff (Stanford University Press, 2011).  Her research and teaching interests include cosmopolitanism, postcolonial studies, minorities of the Middle East, film, and urban studies. (link)

This course will trace the development of the Egyptian film industry from the 1930s, through the "Golden Age" during the Nasser era, to the rise of gritty urban films int he 1970s. We will also discuss the decline in film production, and the challenges the film industry faces today.

“Reading, Writing, and Remembering: Ronit Matalon and the Literature of Egyptian Jewish Memory” (In Hebrew) Mikan: A Journal of Israeli and Jewish Literature and Culture. 18 (September 2018), 141-154.

“Masquerade and the Performance of National Imaginaries: Levantine Ethics, Aesthetics, and Identities in Egyptian Cinema,” Journal of Levantine Studies 1, no.2 (2011): 31-57.

Revised and updated version printed in The Edinburgh Companion to the Arab Novel in English, edited by Nouri Gana (University of Edinburgh Press, 2013).

Interview with Diana Athill, The Diaries of Waguih Ghali: An Egyptian Manic Depressive in the Swinging Sixties, edited by May Hawas. Vol. 1 (American University in Cairo Press, 2017).

Interview with Samir Basta, The Diaries of Waguih Ghali: An Egyptian Manic Depressive in the Swinging Sixties, edited by May Hawas. Vol. 2 (American University in Cairo Press, 2017).

Egyptian Jews: memory, history and the public transmission of heritage - June 16th, at the French Research Center in Jerusalem.