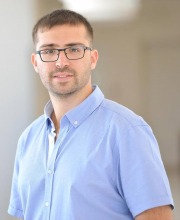 History of the Jewish People and Contemporary Jewry

Subject: The Ottoman-Jewish Haskalah (Enlightenment), 1839-1908: A Transformation in the Jewish Communities of Western Anatolia, the Southern Balkans and Jerusalem

Abstract: This dissertation discusses the Ottoman-Jewish Haskalah (Enlightenment), which had developed and grown in the Tanzimat period (1839-1876) and the Hamidian period (1876-1908). The study focuses on the four central urban Jewish communities in Western Anatolia, the Southern Balkans (Salonica, Istanbul, Izmir, and Edirne), and in Jerusalem, as a unique study case of an ottoman province.

The research encompasses a circle of some 30 Maskilim, which their main cultural and intellectual links, defining them as a group in this study, was to the Jewish Haskalah movement in Central and Eastern Europe, mostly in the Austro-Hungarian Empire. These Maskilim, most of whom had acquired some rabbinic education, wrote mainly in two languages: Hebrew, the Lingua Franca of Jewish Haskalah movement, and the Sephardic Ottoman vernacular – Ladino.

Tamir Karkason, “Sabbateanism and the Ma’aminim in the Writings of Abraham Elmaleh”, El Prezente: Studies in Sephardic Culture 10 (2016), pp. 123-142

Yaron Ben-Naeh and Tamir Karkason, “Writings in Hebrew on Istanbul during the Last Ottoman Century and the Early Years of the Turkish Republic”, in: Christoph Hertzog and Richard Wittmann (eds.), Recovering the Voices of Late Ottoman Istanbul’s Multiethnic Residents through Self-Narratives (1830-1930): Sources and Research Paradigms, Farnham, UK: Ashgate Publishing (in press)