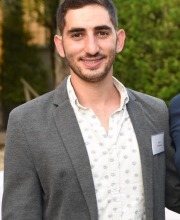 Abstract:  My research focuses on the halakhic literature in the Weimar Republic, and asks what things the responsa literature can tell us about the period. Weimar's responsa literature is full of many issues that preoccupied the Orthodox Jewish minority in Germany, some of which even preoccupied the general population. This literature is the 'Republic of Letters' of the rabbinical elite and researcher of the Orthodox Jews in the country, and through it one can examine the changes that German society in general, and Jewish society in particular, went through after the First World War. The example that the study examines is the idea of obedience to the law, and the culture of the law as it is expressed in the writings of the rabbis of the period.