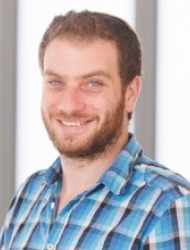 Abstract:  In my research I focus on the philosophical approach called 'Religious-Noncogntivism'. The basic theme of this approach is that religious belief is not a cognitive-propositional belief. In other words, religion does not rely on dogmas, but is a way of living and expressing one self. An example using this approach is to understand the claim "There is God", not as a claim about the state of affairs in the world, but as a way of looking at the world.

While this approach is ancient, it was developed systematically and spread only in the early 20th century by the philosophical stream known as 'Logic-Positivism' led by Rudolf Carnap, Ludwig Wittgenstein, Moritz Schleik, A.J Air and others. Although the logic-Positivism is no longer an active school of thought In the world, the noncognitive approach has continued to exist and has been shaped in various ways by different thinkers. For example, the late Wittgenstein thinkers, DZ Phillips, Norman Malcolm and Peter Winch, developed noncognitive concepts that did not rely on the logical positivist worldview at all.

In my research, I intend to review the history of the approach in question and lay out the various justifications for holding this position. In addition, I would like to offer original arguments in favor of this position. In general, I intend ? To point out that this approach in general and in my research in particular use the tools developed by analytic philosophy from the early twentieth century to the present.

In addition, as part of my research I will also incorporate a study of modern Jewish thought. I will attempt to show that quite a few religious Jewish thinkers, consciously or unconsciously, have also adopted a noncognitive approach. Such research requires a broad and in-depth examination of the different conceptions of religious language among modern Jewish thinkers. However, I would like to argue that Isaiah Leibowitz, Yosef (Yoske) Achituv, and Eliezer Goldman who tried to develop religious thought without theology created noncognitive religious beliefs because for them religious beliefs are not true or false, and that is exactly the core notion of the noncognitive approach. Alongside these thinkers, I will try to show that other contemporary religious thinkers, such as: Rabbi Jonathan Sachs, Yosef Schechter, Tamar Ross and others also adopt a similar position, each one of them, based on their own reasons.

Bio:  I am a PhD student at the Department of Philosophy, at the Hebrew University. I completed my bachelor's and master's degrees (cum laude) at the Hebrew University in Jewish thought and philosophy. My main areas of interest are philosophy of religion and modern Jewish thought. The area of research that I have been focusing on in recent years is the philosophy of religious language and, more specifically,  the idea that religious statements are not propositions but rather expressions (this approach is usuallly called 'religious non-cogntivism').
In addition, I am also interested in additional  philosophical issues such as ethics, political thought, logic and more.
I teach and write in a variety of platforms about these topics.