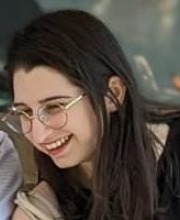 Topic:  Public Opinion Polling and the Future(s) of the German Democratic Republic, 1966–1989

Bio: I am a research student in history, focusing mainly on cultural history, Alltagsgeschichte, and knowledge production in Cold War Germany. I obtained my BA and MA from the same department and from the HUJI Institute of History Honors Program. I also participated in the Mandel School MA Honors Program, and am a fellow at the Koebner Center for German History. Between the years 2019-2021 I served as editor-in-chief of the student journal "Hayo Haya – a Young Forum for History." Beside my research, I am interested in cinema, socialism, and urban planning.

Abstract:  My dissertation will explore the widespread phenomenon of public opinion polling in East Germany and the multiple roles it played in the effort to sustain and reform the state’s power structure between the mid-1960s and the fall of the Berlin Wall. Through an analysis of the surveys and reports produced by the state-sanctioned social research institutes, I aim to establish the centrality of this method to the cultural, social, and political history of the German Democratic Republic and to understand the ways in which it was used by citizens in unexpected ways to imagine the future(s) of the GDR.

Publications:
Geller, Mor. “How I Learned to Stop Worrying and Love Socialism: Education and Entertainment in the Musical Film Heißer Sommer (GDR, 1968).” Slil – Journal for History, Film, and Television (Forthcoming). [in Hebrew]