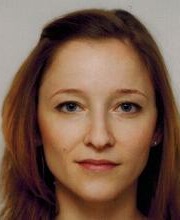 Department of General and Comparative Litrature

Abstract: In my doctoral research, provisionally titled "Ludic Quests: Gogol, Melville, Nabokov," I offer a comparative reading of three novels: "Dead Souls," "Moby-Dick," and "Lolita." The focal point of my analysis is the examination of correspondences between the geographic and the poetic-cum-interpretive quests performed in each work. I argue that both types of quests—the literal and the figurative—are characterized by distinct playfulness, a particularly significant manifestation of which is the personages' and speakers' continual digression to the margins of the road and of discourse alike. In addition to explicating philosophical and formal affinities between the three novels with regard to the benefits and the hazards of ludically going off track, my study seeks to trace the Russian-American dialogue in which Nabokov engages with two of his nineteenth-century predecessors.