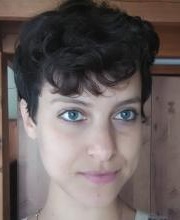 The goal of my thesis is to prepare an edition of a section of the work of Shahin Shirazi, the 14th century Jewish Persian poet, dedicated to the story of Joseph and Zulaykha (Potiphar's wife), in his lyrical epic work "Bereshit-Name" ("Book of Genesis"), in order to identify the influence of the Irano-Islamic tradition on his work. Shahin was a Jewish poet, living in a Persian and Muslim environment, writing in the Judeo-Persian dialect, deeply informed by and in conversation with the epic Persian tradition, as well as by Muslim sources, which also report a version of the story. The thesis will contribute to the still under researched but fascinating cross-cultural exchange at this place and time