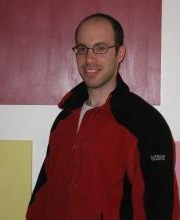 Subject: The Morphosyntax of Jewish Palestinian Aramaic from the Byzantine Period

Abstract: The focus of my PhD thesis is the morpho-syntax of the Aramaic dialect used by the Jews of Palestine in the Byzantine period, as attested in writing. Following the Mishnaic period, i.e. from the 3rd century CE onward, we witness a shift from Hebrew to Aramaic in rabbinic literature reflecting, it would seem, a drastic decline in the use of Hebrew as a living language in the area. A distinct Aramaic dialect, referred to as Jewish Palestinian- or Galilean Aramaic, begins to appear in important rabbinic works from Byzantine Palestine: The Palestinian Talmud, Bible translations and Aggadic Midrash such as Genesis Rabbah. Morpho-syntax relates to the dependence of morphological forms on syntactic structure. The thesis will attempt to describe and explain the choice of morphological forms of categories such as the noun, verb, pronoun among others in connection with the syntactic structures they appear in. Understanding this aspect of linguistic function is essential to the general understanding of the language and has a bearing upon many areas. It will contribute to better understanding the texts themselves, and to characterizing texts of uncertain provenance, and will also aid in understanding linguistic development in Mishnaic Hebrew, contemporary Aramaic dialects and even the spoken Arabic dialects that replaced Aramaic.