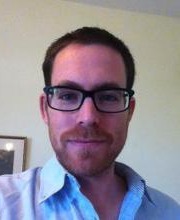 The Deprtamnat of Islamic and Middle Eastern Studies

Abstract: In his research Osheroff examines how the concept of Jewish national minority rights—in Palestine and in the region as a whole—was debated and discussed in the Palestinian and pan-Arab sphere from after the First World War until 1967. Osheroff focuses on the different plans devised by Arab intellectuals and leaders to solve the "Palestine problem" and the "Jewish question" within the framework of non-statist or quasi-statist agendas such as cantonization, federalization of Palestine, or different conceptualizations of autonomy for the Jewish minority in the Middle East.

Short Bio: Eli Osheroff is a PhD candidate in the department of Islamic and Middle Eastern Studies at the Jack, Joseph and Morton Mandel School for Advanced Studies in the Humanities at The Hebrew University in Jerusalem.