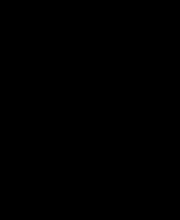 Abstract: I am interested in the study of classical Persian literature and its various modern incarnations. In my research I will focus on one of the founding narrative cycles of Persian literature and Iranian culture in general, the legend of Seyāvosh. The cycle of legends surrounding this heroic-tragic Prince began in the pre-Islamic period and found its ultimate expression in the Iranian national epic - the Shah-nama ("Book of Kings") of Firdausi (d. 1020). Over time this cycle has branched out throughout the Islamic Middle East, taking different shapes over time and place, under the influence of religious, national, and political factors. In addition, the cycle of legends underwent a fascinating assimilation into the folk tradition, including active storytelling in 20th century Iran.