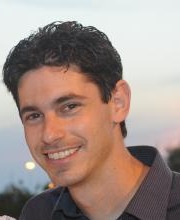 Subject: 'Original Sin' and the Reasons for Human Mortality in the Works of Rabbi Hillel of Verona

Abstract: The purpose of my research is to analyze R. Hillel of Verona's unique approach to the topic of 'Original Sin', which is influenced both by Christian Scholasticism and Aristotelian rationalism in 13th century Italy. It appears that R. Hillel was the first Jewish philosopher who dedicated a separate and lengthy philosophical treatise to the idea of 'Original Sin' and to the question whether such sin is the cause of human mortality. In my research I aim to show, based on a philological-historical analysis, that R. Hillel created a unique interpretation to the idea of 'Original Sin', which combines both Aristotelian and Neoplatonic philosophies, and which is framed as a constant dialogue with the writings of his contemporary: the Christian scholar Thomans Aquinas. Furthermore, I will suggest that R. Hillel's course of discussion within a broader reference to Christian beliefs, reflects an important aspect of Jewish-Christian debate in 13th century Italy, not yet discussed academically. As part of my research, I will also prepare a critical edition to R. Hillel's treatise on 'Original Sin'.