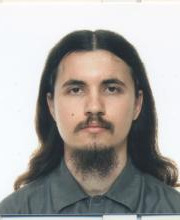 Subject: Selfhood and its failings in two novels by Charles Brockden Brown

Abstract: Charles Brockden Brown’s works are rarely discussed without a reference to their artistic flaws. Particularly in his novels, these flaws are joined by prominent disturbances in the persons of the acting characters, pushed to abnormal states of mind by extreme incidents. In this paper, I will relate the two issues, treating narrative disruptions in the texts as indications of ambivalences and contradictions in Brown’s conception of selfhood, expressed more directly in the characters he creates.

A major segment of the text of Edgar Huntly is disconnected from the rest of the plot, and its protagonist-narrator is displaced from his central position toward the end of the novel. Both features will be shown to stem from a conflict between Brown’s overt commitment to a vision of America as a new beginning and his ongoing immersion in European and colonial heritage. Similarly, the problematic personal features of the title character of Arthur Mervyn and the progressive loss of narrative coherence in the text will be related to constitutive weaknesses of the Lockean self in face of the increasing pressures of modernity. Overall, I will work to articulate a coherent approach to the study of selfhood through literary texts and particularly explore the opportunities that artistic flaws offer for a literary analysis.