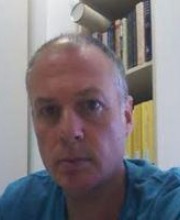 Dr. Uriel Simonsohn is a lecturer in the Dept. of Middle Eastern History in the university of Haifa. He is a member of the I Core Center for the Study of Conversion and Inter-Religious Encounters, based at Ben Gurion University. Dr. Simonsohn’s academic interests pertain to the individual and shared histories of confessional groups from as early as the Christianization of the Roman Empire to as late as the high Middle Ages in the vast region between the Iberian Peninsula and the Iranian plateau. He is particularly interested in examining the ways in which individuals and groups sustained their confessional identity in the context of their affiliation to a plurality of social circles. His publications touch upon the various encounters between the adherents of the three monotheistic traditions in cultural, religious, and social intersections. Currently Dr. Simonsohn is working on two research projects: the role of women as agents of religious knowledge and practice in the early Islamic period, and the role of converts to Islam as cultural brokers.