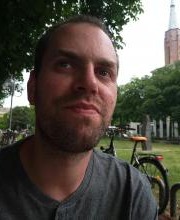 Subject: Mamluk Emirs and Sufi Shaykhs: A Study in the Relations between Rulers and Holy Men

Abstract: This study examines the relations formed between the Mamluk elite and Sufi Shaykhs in Greater Syria (Bilād al-Shām), from both a utilitarian perspective – i.e. bestowing patronage in exchange for religious and political legitimacy; as well as from the perspective of the Mamluks’ sincere belief in the charismatic and thaumaturgic talents of those Shaykhs, and the Mamluks’ active participation in various Sufi rituals. Among the main inquiries of this study will be, to what extant the Mamluks, as well as the historiography composed during their reign, were affected from the Seljuq traditions, which were adopted and developed under the Zengids and Ayyubids; and what can be learned about the Mamluks from their attitude towards those Shaykhs, as well as what can be learned from it about the important role those Shaykhs played in the Islamic society of Late Medieval Syria.