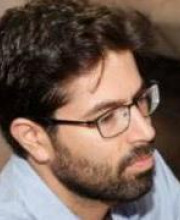 Subject: The Early Judeo-Persian Biblical Exegesis: The Manuscripts in the British Library and in the National Library of Russia

Abstract: My research concerns the Bible exegesis written in Judeo-Persian and is based on manuscripts datable to the eleventh and twelfth centuries. These manuscripts - most of which have remained unpublished - have many similarities and it is plausible that they all belong to the same exegetical corpus. Several of these manuscripts are clearly Karaite, since they quote the works of contemporary Karaite scholars and use Karaite terminology. In my research I will discuss the exegetical methods of these texts and examine the connections of these texts to the Karaite Bible exegesis from the ninth to eleventh centuries, which was mostly written in Judeo-Arabic.

Haim, Ofir. “Further Documents from Afghanistan in the National Library of Israel.” AB"A: Journal for the Research and Study of the Jews of Iran, Bukhara and Afghanistan 10 (2017), pp. 6-21. (in Hebrew)

Haim, Ofir. “Polemical Aspects in an Early Judeo-Persian Bible Exegesis: The Commentary on the Story of Ḥannah (RNL Yevr.-Arab. I 4608).” Entangled Religions: Interdisciplinary Journal for the Study of Religious Contact and Transfer 6 (2018), pp. 162-200.