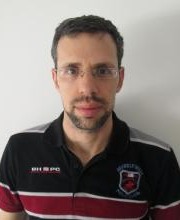 Subject: The Rivers of Babylon and the Song of Zion: Babylonian and Yerushalmi Styles of Liturgical Music of the Babylonian Community in Jerusalem

Abstract: My study will address the liturgical music of the Judeo-Iraqi synagogues in the neighborhoods of Mahane Yehuda, Beit Yisrael and Gonenim in Jerusalem. While many religious customs of the Babylonian Jewry are consciously preserved in the synagogues, the liturgical music in these synagogues reflects two opposing forces. On the one hand, in some synagogues the unique musical traditions of the Babylonian Jews are zealously preserved, particularly on Tisha B'Av and on the High Holy Days. On the other hand, in other synagogues the dominant musical style is the Jerusalem-Sephardic. The Jerusalem-Sephardic musical style, which developed in Jerusalem, has gained a wide circulation in the last few decades through the radio, the Internet, public concerts and Jewish music schools, and has become hegemonic among the Sephardic Jews from the Middle East, erasing other musical traditions. My research will attempt to gain a deeper understanding on the experience of the community members in preserving the musical-liturgical traditions of the Jews of Baghdad, while taking part in shaping the local hegemonic Sephardi-Yerushalmi style.

Bio: Netanel Cohen is a first year doctoral student in the department of musicology at the Hebrew University of Jerusalem. He is writing his dissertation under the guidance of Professor Edwin Seroussi on the liturgical music of the Iraqi Jews in Jerusalem. He holds an M. A. degree in ethnomusicology and a B. A. degree in musicology and Iranian studies from the Hebrew University of Jerusalem. His research interests include Middle Eastern Jewish liturgical music and Iranian music.

He served as a librarian in the music department of the National Library of Israel and as an instructor of Persian music theory in the Center for Middle Eastern Classical Music in Jerusalem. He also plays the santur (the Persian hammered dulcimer) and is a cantor in the Sephardic-Yerushalmi style.