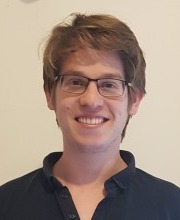 Subject: The creation of the chivalric image of the British rulling class in the turn of the 19th century

Abstract: In my research I examine how British ruling class adopted and promulgated heroic and chivalric iconography as a response to the crises of the second half of the long eighteenth century, and how this practice changed the norms, expectations and power structure of British politics, as part of the British liberal democratic culture development.

Bio: I completed my BA and MA studies in the department of History in The Hebrew University of Jerusalem. My main filed of study is British cultural history in the long eighteenth century. My research deals with the gradual development of the modern British democratic tradition and the changing role of the politician in that process.