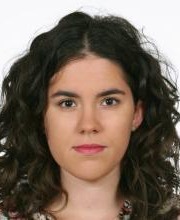 Abstract: My doctoral dissertation seeks to explore one of the most ambiguous and unknown chapters of postwar Jewish reconstruction in the wake of unprecedented Nazi plunder of Jewish libraries and archives during 1933-1945. Toward the end of WWII, most of the looted documents which had been previously stored in Berlin were evacuated to various castles in Bohemia and Moravia, ghetto Theresienstadt and Jewish Museum in Prague, where they became a focal point of interest of Jewish communities, Soviet trophy brigades, state officials and restitution organizations in Europe, Palestine/Israel and the United States. The research aims to illuminate the unique history of these cultural treasures, to present various parties involved in their restitution on both individual (Gershom Scholem, Shmuel Hugo Bergman, Otto Muneles, Zeev Scheck) and institutional (Diaspora Treasures Committee at the Hebrew University of Jerusalem, National Library in Prague, Jewish Museum in Prague, Jewish communities in Czechoslovakia) level, and to describe them within broader historical context of shifting centers of postwar Jewish life as well as of growing communist influence in Czechoslovakia, which culminated in the coup d'état in February 1948 and subsequent nationalisation of property. It will generate a historical analysis of multiple agendas guiding postwar restitution efforts, complex relations between Jewish communities in Europe and Jewish people in Palestine/Israel, and the role of cultural property in nation building processes after 1945.

Bio: Anna Kawalko is a PhD student at the Department of History of the Jewish People and Contemporary Jewry at the Hebrew University of Jerusalem, under the auspices of prof. Yfaat Weiss. She earned her bachelor’s degree at the University of Warsaw (2012), and completed her master’s degree (summa cum laude) at the department of German Studies at the Hebrew University in Jerusalem (2015). Her master’s thesis (‘Abandoned, Nationalized, Lost? Polish Repatriates and German Property in Lower Silesia, 1945-1947’) dealt with German material heritage and various processes of nation building in Lower Silesia (Poland) after WWII. Currently, Anna prepares her doctoral dissertation, devoted to the status of German and German-Jewish cultural property in Czechoslovakia after 1945. Her research interests include Jewish cultural property after 1945, heritage and migration studies, Central and Eastern European borderlands in the 20th century, and historical study of material culture.

2) A Story of Survival: Hebrew Manuscripts and Incunabula from the Saraval Collection in the Manuscriptorium - Digital Library of the Memoriae Mundi Series Bohemica Project; in: Medaon. Magazin für jüdisches Leben in Forschung und Bildung (December 2015)