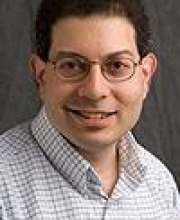 Adam Shear is Associate Professor of Religious Studies and History and Director of the Program in Jewish Studies at the University of Pittsburgh where he has taught since 2001. His 2008 book The Kuzari and the Shaping of Jewish Identity, 1167-1900 (Cambridge University Press) was awarded a National Jewish Book Award for Scholarship and the Morris D. Forkosch Prize from the Journal of the History of Ideas for the best first book in intellectual history.  He is the editor (with Joseph R. Hacker) of The Hebrew Book in Early Modern Italy, published in 2011 from the University of Pennsylvania Press; and Perspectives on Jewish Culture in Early Modern Europe: Essays in Honor of David B. Ruderman (with Richard Cohen, Natalie Dohrmann, and Elchanan Reiner), published in 2014 by Hebrew Union College Press and the University of Pittsburgh Press.

In 2009, he was the founding convener of the Lillian Goldman Scholars Working Group on the Jewish Book at the Center for Jewish History in New York, where he currently serves on the Academic Advisory Council.  Along with colleagues from JTS, Columbia, and Stony Brook, he is a project director for the digital humanities research project, “Footprints: Jewish Books through Time and Place.”  Since the summer of 2016, he has been one of two co-editors of the AJS Review, the scholarly journal of the Association for Jewish Studies.