Roads and Their Meaning "Between Imagination and Reality"

On Thursday, May 13th, the first session of the lecture series "Maps and Roads: "On Roads and Their Meaning" will be held. 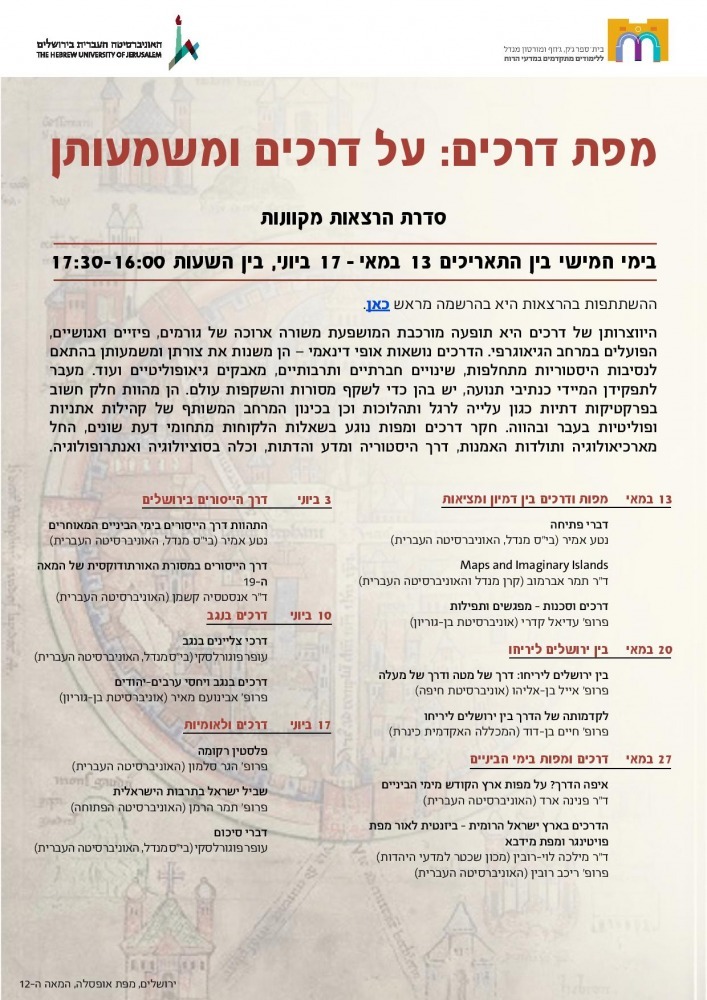