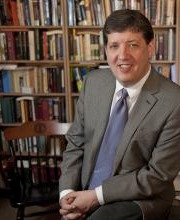 Steven Weitzman is a professor of Jewish Studies and Religious Studies at the University of Pennsylvania where he serves as the Abraham M. Ellis Professor of Hebrew and Semitic Languages and Literatures and Ella Darivoff Director of the Katz Center of Advanced Judaic Studies. Before his arrival to Penn in 2014, he directed the Jewish Studies programs at Indiana University and Stanford University

As a scholar, Weitzman fuses what he learned as a graduate student at Harvard about ancient Near Eastern language, literature and history with new perspectives drawn from the fields of religious studies, anthropology, literary theory, archaeology and genetics, trying in this way to deepen our understanding of texts and experiences that had a shaping impact on the development of Jewish culture. Among his publications are Surviving Sacrilege: Cultural Persistence in Jewish Antiquity (Harvard University Press, 2005); The Jews: a History (Prentice Hall, 2009, soon to be released in its third edition); a biography of King Solomon called Solomon: the Lure of Wisdom, part of the award-winning "Jewish Lives" series published by Yale University Press; and The Origin of the Jews, forthcoming from Princeton University Press in June, 2017. Occasionally, he strays beyond the field of Jewish Studies, pursuing questions in Religious Studies more broadly; his publications in that area include The FBI and Religion: Faith and National Security before and after 9/11 (University of California Press, 2017), coedited with Sylvester Johnson