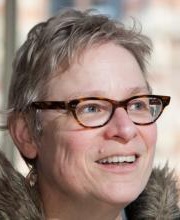 Since 1997 I (1962, PhD 1995) have held the chair in Hebrew and Jewish Studies at the University of Amsterdam. As head of a small department that offers a complete BA and MA in Hebrew language and Jewish history, I have been teaching a pretty broad range of subjects, periods and approaches. My research concentrates on Jewish intellectual history from the Middle Ages onwards, with increasing emphasis on the modern period. Thematic constants are the history of linguistic thought, Jewish Enlightenments and the interface between nineteenth-century Jewish scholarship and political thought (‘Wissenschaft des Judentums’). Methodological constants are conceptual history, histoire croisée-like approaches and doubt of received truths. For getting acquainted I have included a recent essay on school director/Hebrew bibliographer Moritz Steinschneider (1816-1907), whose unyielding universalist stance against nationalist monism remains an inspiration (for me at least).