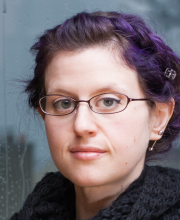 Catherine R. Power is currently working toward a PhD in political theory within the department of political science at the University of Toronto. She received a BAH from the University of Toronto and MA in political science from McGill University. Her MA thesis, On the Problem of Ethnicity in Multicultural Theory: Patriotism and Diaspora Reconsidered explored some of the ways that we can better theorize how minorities negotiate belonging within nation-states. Her doctoral research focuses on the ways that figural “judaism” has served as a locus of critical philosophical conjecture and discussion in modern political thought. She has also previously published work examining Jewish responses to modernity and nationalism. Catherine is the recipient of numerous undergraduate and graduate awards